​Although many times the local fire brigades were operated as much as social clubs or fraternal organizations, when 'duty called' fun and games and good-natured rivalries between fire companies or station houses immediately ceased to exist – and all would answer the call!

Today, both paid and volunteer firefighters – men and women alike – respect and pay homage to those brave individuals who came before us, often tasked with fighting fire and catastrophe with what we today recognize as primitive methods, techniques and tools.

Oftentimes, our ancestors best equipment was simply their personal courage and strong will to protect their town. Until the next evolution of new technology could arrive. 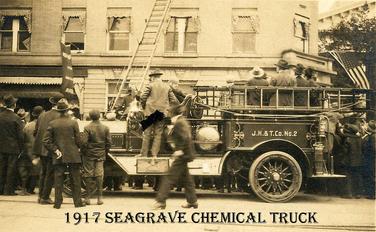 When Duty Called: Answering the Alarm 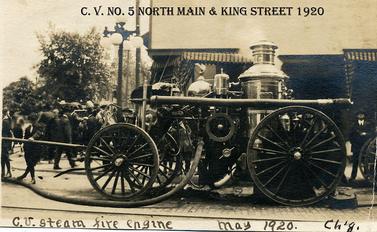 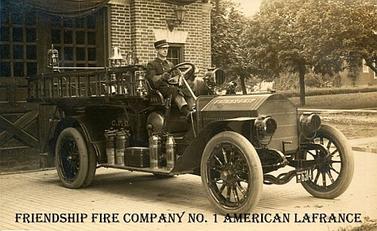 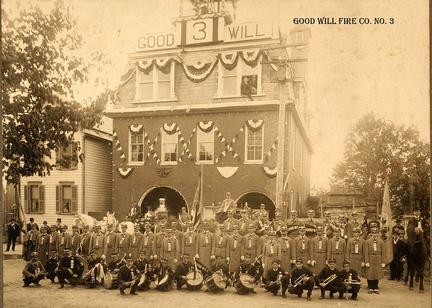 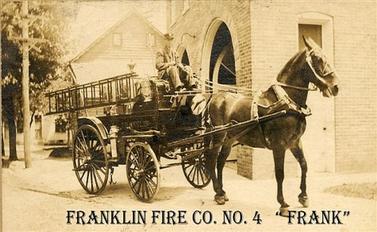 The Early Days of the Fire Service, in the Cumberland Valley: A unique historical retrospective in it's own right!

At lower left is 'Frank' the second horse that answered the call for Franklin Fire Company No. 4's horse-drawn fire apparatus. At the lower right is the then-pride of the fleet of Friendship Fire Company No. 1 – their 1911 American La France chemical truck, shown in 1916.

Whether via four-legged horsepower, or later engine-power, the all-volunteer fire companies of Chambersburg, Pennsylvania and its surrounding communities were always on the front line providing selfless duty and devotion to their fellow townspeople.​